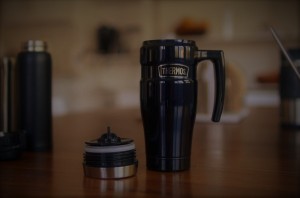 Gordon got the call just before the end of his shift. He put his coffee in his ‘to go’ flask and got into the police car. His ‘buddy’ (if he were in one of those American crime-dramas he’d be his ‘partner’) was still sorting himself out in the station. They needed young additions to the force, Gordon was the first to admit it, but did they have to be so young?

The lad jumped into the car and Gordon passed on what he’d heard in the call through from Perth:

“Disturbance at a B&B on East High Street. Neighbours hear shouting. This could be a domestic but it’s also a place of business, so be ready and watch for anything unusual.”

It didn’t take long to reach the scene. The low dawn sunlight pierced his eyes from the horizon. Bouncing off the frost of the road. Ten minutes before the end of a double shift, and now he gets something to do. Gordon needed his bed.

A lady in a dressing gown met them as they got out of the car:

“It’s normally all quiet after about ten o’clock. This is ridiculous.”

They could hear the yelling and thumping from inside. Gordon pulled himself up to look in the window. He wasn’t prepared for the the sight of Scott punching an old man.

The four missing children were there as Nicky and Scott went through the door. Every one of them was as unresponsive as Daniel had been. Only this time they didn’t have Marcus around to help.

It took them a few moments to see it. Daniel’s eyes had been distant, unfocussed, when they found him. These children’s eyes were aware. The only part of them they could move. The only sign of expression on their faces, and that expression was indescribable.

Tears ran down their cheeks as they turned their gaze in unison. Settling on a closed door. One of the guest rooms.

Neither Nicky nor Scott said anything. Nicky could see what Scott was planning:

“Scott, don’t go in there. Not yet. It’s still ten minutes before Marcus told us it would be safe. We don’t know what you’ll find.”

Scott nodded. He tried to wait, watching a clock in the hallway. He had to wait for seven thirty. Marcus told them dawn was at seven thirty today. Taz’s hands twitched as he waited. His gaze darting back to the children on the couch.

The minute hand clicked to half past and Scott leapt for the door. There was just enough time before he reached it for Nicky to yell out:

“Scott no! The clock is fast. There’s still five minutes to go.

He had already turned the handle. Her warning did nothing but to take his attention away from the open doorway.

A fist like leather fired out out from the gap, slamming Scott into the wall beside his wife.

In a simple, unthinking, movement Nicky grabbed at anything she could and threw it at the unseen person in the room beyond.

The objects struck the figure and bounced off. An old man emerged from the room with a grin like a slit across his face:

“Too quick off the mark young man. I’m still on night mode.”

Mr Thomas strode out of the room, a huge dirty sack slung over his back. He looked at the children on the couch in exasperation:

“No time now. No bother, time enough to regroup,” He turned to look Scott’s crumpled form. “I’ll see your little ‘team’ again tonight I guess. Though I hope you see sense and stay out of my way.”

Scott leapt from the ground and hurled punches at the man. Hollow, inhuman, thumps echoed from the old man’s torso. It was like beating an oak barrel.

Scott managed to throw the old man to the floor. He hit the ground like a splayed spider. All sinew, sun-browned skin, and bone. Licking blood from his lip he grinned:

“Now that was unexpected.”

In one smooth twist of his body he flipped himself back onto his feet. An impossible movement that left the old man looking like a velociraptor. With a flick of his free arm he tossed Scott aside, slapping Nicky out of his way for good measure, then made for the back door.

He only looked back for a moment to laugh at the police officers rushing through the front:

“Too quick by far. The impetuousness of youth I guess. Five minutes is all the time I need.”

They raced to the back door in pursuit but there was no trace. Old Mr Thomas and his dirty sack were gone

Gordon’s first priority was the children on the couch. Four children, perfectly matching the description of those that were reported missing.

This situation was already complicated and that was without having to explain to his superiors why an elderly man was able to evade capture despite being chased by two police officers and two civilians.

Gordon had his buddy call in the details and got him to check on the children. Marching for the door to the old man’s room he saw two dirty sacks. He had no idea what they might hold but he knew it could be nothing but trouble.

Gordon gulped back his fear and revulsion but a professional attitude wasn’t enough to prepare him. Both bags were stuffed to the brim with bones. Human bones. His eyes took in the size of one of the skulls; too small. Far too small.

Theo’s whole body screamed with tiredness but his dad insisted that he get to school. Andrew’s mum had phoned to explain about the safety of daylight so he had nothing to worry about.

The idea of catching up with Marcus was pretty interesting. Only four kids knew the truth. Maybe going to school wouldn’t be the worst thing.

They got to school just before the bell and Theo’s face grew hot when he saw Marcus in line chatting casually with other children. Theo had seen this boy turn into smoke, he had seen his true face. This fact changed the way Marcus looked doing everything. Their teacher smiled and high-fived the ghost walking in to her classroom.

Theo sat down with his friends. A bubble of quiet and calm among the clonking and bustle of the start of the day. Marcus smiled:

“Did you all get a good night’s sleep?”

Theo, Andrew, and Daniel shook their heads. Daniel was surprised to see that the others had had as bad a night as him:

“I had the weirdest nightmares. There were ghosts, and graveyards, and then there was soup. An old man kept whispering all the way through.”

The others looked at each other. Theo’s eyes popped wide:

“Wait you don’t know that…”

There was so much to tell him but class was about to start. In struggled moments they managed to fill him in on the basics and for the rest of the day answered Daniel’s barrage of questions when they didn’t think the teacher was looking.

By home time Daniel knew as much as they did and the setting sun was as unwelcome to him as it was to everyone else.

There were no faces in the bushes by the gates and no whistling on the way home.

Theo, his little brother Harry, and Marcus walked to meet James at the gate. Marcus tagged along on their walk; their walk home passed his own ‘home’ after all.

James didn’t want to worry Harry by talking about everything. Theo’s younger brother knew nothing about the night before. He was only six years old and there were some things best left unknown.

They stopped outside the old school gates. Marcus needed to know what had happened. James talked to Marcus about his ‘troublesome cousins’, then revealed that his nasty uncle had moved back to town. Marcus cracked the code easily.

His face already turning a little green as the night drew in, but this news added a sickly hue. The relaxed boy from school transformed to a ball of worry. He turned to James:

“It will be harder tonight than I thought. In some ways it will be easier. Get your boys home. I’ll come visit later when I know more. You’re still in the same house you grew up in aren’t you?”

As much as he trusted Marcus, James still didn’t like knowing that the ghost-boy knew where he lived. Where his family lived. Blocking Harry’s view of the now glowing boy, James walked away. He called behind him:

Marcus frowned. Speaking to himself:

“You better be. He’ll know where to find you too.”

Marcus went round the back of the school and sneaked in. Taz was there, sitting on the top of the short iron fence that surrounded the school:

“Evening Marcus. I wanted to catch you on your way in. I did something today. I don’t know if you’ll agree with it but I hope you’ll see why I did it.”

Marcus knew without Taz telling him. The sports bag in Taz’s hand spoke volumes. Dizzy and disorientated, Marcus placed his small hand on the man’s shoulder: