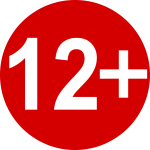 Please be aware that ‘Marcus’ is not aimed at younger readers.

I’ve been writing ‘properly’ for four years now. The Jack Reusen books are aimed at children of around eight years old and over. They are primarily fantasy stories, adventures in magic in which the main characters grow and develop. There’s a coming of age component to them which seems to resonate with kids. I love writing these books.

However, there are forms of magic that are too dark for Jack’s world. This year (2017) for National Novel Writing Month (otherwise known as NaNoWriMo) I decided to write a book that played with that magic. It went to a dark place. A place that isn’t appropriate for children.

What is ‘Marcus’ about?

Children are asked to grow up very quickly now. There is some truth to the idea that the teen years seem to be bleeding into the twenty-somethings, creating something called ‘twenagers’ apparently. This is something that I didn’t really see occur when I was that age (though I’m not saying this is a bad thing).

However, Children as young as eight or nine are being described as ‘pre-teen’, where the simple term ‘child’ would have sufficed in the past. The complicated description of this would tie together the odd pre-teen/twenager issue. The simple way to describe it is to say kids are growing up too fast.

Marcus is a book that looks at what happens when a child doesn’t grow up too fast. It’s a book about a boy who never grows up at all (and not in a Peter Pan, happy thoughts and fairy-dust sense).

Set in Crieff, it is a horror story about the importance of growing up. It features some of Crieff’s history along with some of my own creation (it is not intended to be completely historically accurate).

Marcus is brilliant. Everyone at school likes him (even the teachers) but when James finds Marcus’ ‘grandad’ in an old school photo things get really strange.

The photo is odd, too similar to Marcus. Even more little things mount up. Marcus arrives late in the front office every morning. He’s always last to be picked up (even the teachers don’t remember seeing him go). Marcus doesn’t go to any after-school clubs, he doesn’t come round to anyone’s house. No one has even once bumped into him at the supermarket. Possibly strangest of all, no one has ever seen Marcus eating lunch.

There’s a lot more to Marcus than meets the eye and as James and his friends start to investigate they find that the closer they get to the truth. The more dangerous things become.

Marcus is far from what he seems but he is also not alone. Who should they trust? and what fate awaits them if they place their trust in the wrong hands?

In a room more ancient than their school or even the town of Crieff itself they find their answers. Can they escape? Will they ever see their missing friends again? What is the truth about Marcus?

Please read on, I hope you enjoy the story. I’ll post a chapter every week as it’s revised and edited. If you see anything wrong or if you know some part of Crieff’s history that contradicts the events in the book please leave a comment (I’ll do what I can to fix it).

This is a work in progress, what you read here may change as time goes on but I will do everything I can to maintain the characters, setting, and overall story. I look forward to hearing from you.

All the best, John